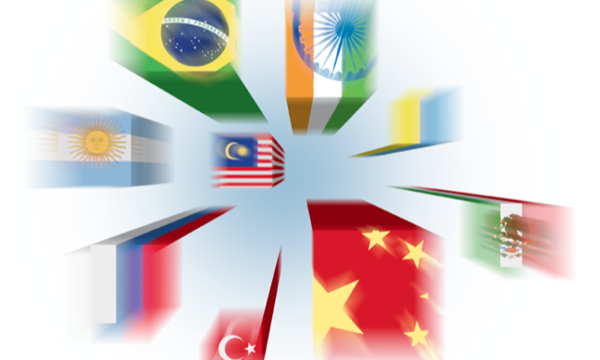 Emerging markets have become a vital and competitive sector of the global economy in recent years, increasingly exploited by companies through either organic expansion or joint ventures. Yet conventional wisdom holds that developing markets still represent a risky bet, and that firms should wait for ideal conditions — in both their corporate setup and the sociopolitical evolution of the local market — before taking the plunge.

Indeed, in one recent report, 75 percent of executives surveyed said their companies were concentrating on developing economies, but a third of them also admitted their firms don’t possess a clear strategy for high-growth markets. Even the biggest and most successful multinational firms often don’t have a solid emerging markets strategy, and stock analysts discourage many from even attempting one.

However, according to a new study, companies don’t have to rely on perfect timing — provided they carefully leverage the strengths of their internal resources against the local advantages of the target market. In this way, less-than-favorable contexts can still breed successful ventures into emerging markets.

The study’s author analyzed the stock market performance of almost 250 U.S. companies in a variety of industries that entered large emerging markets. He also compared the data to a secondary set of both U.S.-based and non-U.S.-based companies.

About 52 percent of the companies in the study created value for their shareholders out of their emerging market ventures. Of these, almost 30 percent leveraged their corporate strengths — their size and industry experience, for example — to overcome weaknesses in the emerging market, such as a lack of legal protection for intellectual property rights. Another 40 percent of successful firms took a different route and leaned heavily on country-specific strengths, such as a vast consumer base, to offset defects in their corporate setup, such as having a limited product range and an unfamiliarity with new markets. The final 30 percent struck a balance between the first two approaches. The trick is for companies to identify weaknesses in their corporate structure and the local context of the specific market and realize which strategies they can use to offset these limitations.

To employ the firm-dominant approach, companies relied more on their internal resources than the particularities of the target market. In essence, the author writes, these firms allowed their resources to push them toward investigating new opportunities in far-flung markets. These companies tended to possess a lot of assets, had the most industry experience, and held strong positions against their rivals, all factors that allowed them to absorb higher levels of risk in their ventures. And although many of their target markets were politically uncertain and offered little skilled labor, their redeeming qualities — a growing GDP rate and cultural affinities with the U.S., for example — made the gambit worthwhile.

Companies must identify their weaknesses and realize which strategies offset these limitations.

But not all companies have the deep pockets and depth of resources to take this approach. Those that used primarily a location-focused strategy instead sought to exploit the vagaries of high-quality markets to help compensate for their relatively modest resources. Many of these companies, typically smaller and less experienced than those that used the firm-dominant approach, went into countries such as China and South Korea, which are characterized by open marketplaces, stringent intellectual property laws, stable governments, plenty of skilled labor, and high growth potential. These factors enabled smaller companies to quickly achieve synergies with their existing operations, which were also more closely aligned to their expansion activities than those run by their firm-dominant counterparts.

Look at Cessna, for example: The small-airplane manufacturer was struggling in the wake of the recent recession because of flagging demand, manufacturing hiccups, and profit losses. The firm jumped at the chance to go into China, with its relaxed aerospace regulations and new airports built to accommodate its growing population. Without seeking to significantly alter the marketplace and by sticking close to its core business model, Cessna preferred to “glide safely into China,” the author writes.

The third value-creating approach, used by smaller but more experienced companies, was a hybrid of the first two. This strategy hinges on achieving a delicate balance between corporate and local strengths. For example, the PVM Group, an Italian candy and sugar manufacturer that produces brands such as Mentos, used its experience of entering the Chinese market to expand into India. By combining its core approach and previous expansion experience, PVM took advantage of a market newly open to foreign businesses. As of 2011, the move had racked up more than US$300 million in local sales.

But there’s plenty of room for improvement. Almost 48 percent of the firms in the study initially struggled to arrive at the right mix of corporate- and location-specific conditions, and they put a disproportionate emphasis on one type of strategy — in turn endangering their otherwise carefully considered entry into an emerging market. For example, during the early 2000s, computer maker Dell expanded into Brazil in an attempt to establish a manufacturing base in Latin America. Basing its plan around low-cost production and a favorable contract with the local government, Dell experienced a setback when a new political party came into power. Although the deal eventually went through, the firm’s lack of foresight about political turmoil made for a turbulent entry into the Brazilian marketplace.

Thus, the researcher concludes, the success of emerging market ventures depends on whether a given firm can “astutely pair trade-offs” — part of the reason that multinationals can flourish in some economies and founder in others. Timing and global trends also come into play. After the 2011 Fukushima disaster, for example, German engineering firm Siemens pulled out of a new joint venture with the Russian nuclear sector.

And using the right strategy to enter an emerging market definitely pays off. Companies increased their shareholder value by an average of between $7 million (by using the hybrid plan) and $23 million (by employing the location-specific strategy). On the other hand, firms that ignored the importance of attaining the right fit between their corporate competencies and country-specific factors destroyed an average of $17 million in shareholder value.

Source: “A Primer for Competing Successfully in Emerging Markets,” by Hemant Merchant (University of South Florida–St. Petersburg), Emerging Economy Studies, May 2015, vol. 1, no. 1